Get fresh music recommendations delivered to your inbox every Friday.
We've updated our Terms of Use. You can review the changes here.

'A Compulsion For Propulsion' Studio Album, 2018 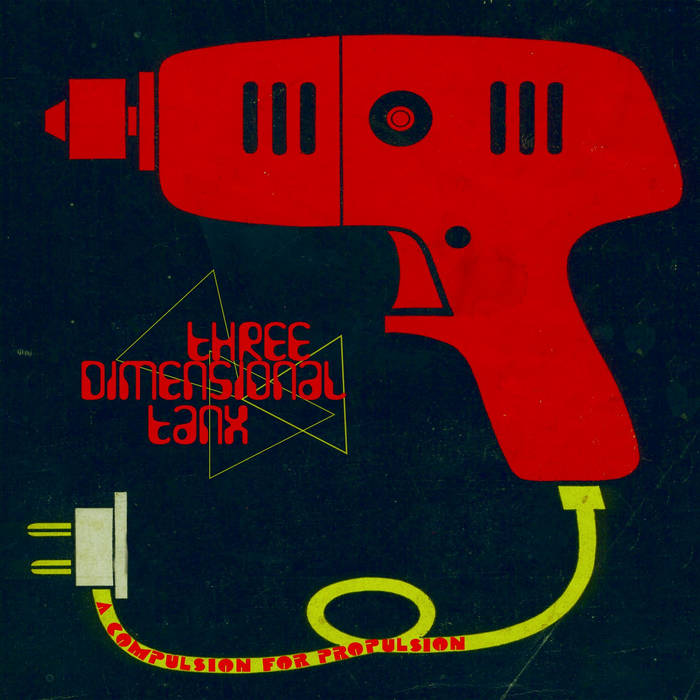 "it’s a white knuckle ride all the way and a total blast, bristling with infectious stabs of pop-inflected modern Garage Rock."
Thee Psychedelicatessen

"a pure blast from start to finish...the songs rattle through your brain at a great speed"
Fuzzy Sun

"The speeding motorik of 'His Latest Apparatus' would get them pulled off the autobahn...Buzzcocks, Swell Maps and especially Wire are reference points"
Shindig! Magazine, Issue 81

“it’s a trip through garage rock and into psych territory with such neat aplomb that you don’t even notice the change in gears as the music is shot like a rocket to Mars and beyond!…rock music of sublime fun and invention that takes you on a journey from garage to psychedelia via proto and post punk”

Their fifth studio album, A Compulsion for Propulsion, builds on their self-titled album (2014), and Attack (2016), combining elements of garage-rock, psychedelia, Krautrock and increasingly - post-punk. Recorded, mixed, mastered and co-produced by Alan Gregson (Cornershop), this is the album 3DT have been threatening to make for years – an album that finally manages to bottle much of the spirit that have made them such a hit with live audiences.

Featuring 15 tracks in less than 40 minutes, there are two free-form psychedelic jams at the end of each ‘side’ of the album. Elsewhere, short, infectious stabs of pop-inflected modern garage-rock abound. Stripped back to a 4-piece for this album (guitarist Pete is on sabbatical playing with Crass legend Steve Ignorant), everything is tight-but-loose. Largely live in sound, the songs are occasionally fleshed out with additional analogue synths, and acoustic piano. Highlights include opener ‘His Latest Apparatus’ with hints of Neu!, Wire, Devo, the VU-meets-Can-inflected reverie of ‘Dwam’, and the Syd Barratt-era Pink Floyd-esque ‘Racing Car #9’. Elsewhere, the rhythms are taut, and almost breathlessly relentless. It’s a speedy trip.

Three Dimensional Tanx (3D Tanx) have been ‘sound carriers’ for Can man Damo Suzuki, performed at Tate Britain with artist Linder Sterling, played at a Spacemen 3 art exhibition curated by Will Carruthers (Spacemen 3, Spiritualised) and have played festivals including Liverpool Psych Fest and Doune the Rabbit Hole. Amongst countless gigs, they have appeared with the Lucid Dream, Mugstar, White Hills, Gnod, Trembling Bells, the Cosmic Dead, the Oscillation, Aquaserge (featuring members of Tame Impala and Stereolab), and many more from the UK’s psych-scene and beyond.

All songs written, arranged, played and co-produced by 3DT

Bandcamp Daily  your guide to the world of Bandcamp

Alex Rita and Errol from Touching Bass feature in our special London edition of the Bandcamp Weekly.